Time moves in one direction, memory in another.

In order to please her aunt and spend one more day with her, Marie decided to visit the fortune teller and listen to a forecast of her future. On a late October morning Marie Lancel together with her aunt, Edita, went to the sixteenth arrondissement of Paris to visit a soothsayer. Was this Paris, or seeing Edita, or something else altogether? But it was the first time in a long time since Marie felt a warm wind of hope in the air and her sense of being was no longer sealed with grief and anger.  As they walked pass the large Avenue Foch, Marie began recalling childhood memories: “My darling, Edita! Do you remember how you used to pick me up from school, before the end of my lessons, under a fictitious pretext… and then we would go to the cinema and watch films starring Louis de Funès?!” Edita felt a swift kick back to her past, and all of a sudden she felt twenty years younger. “And now the cinema has become completely different, and I no longer go to see the films. Everything has changed so much, and Paris is no longer the same city, the one it used to be; I eve stopped following the news, as it simply became unbearable. I don’t believe in politics, you know me!” 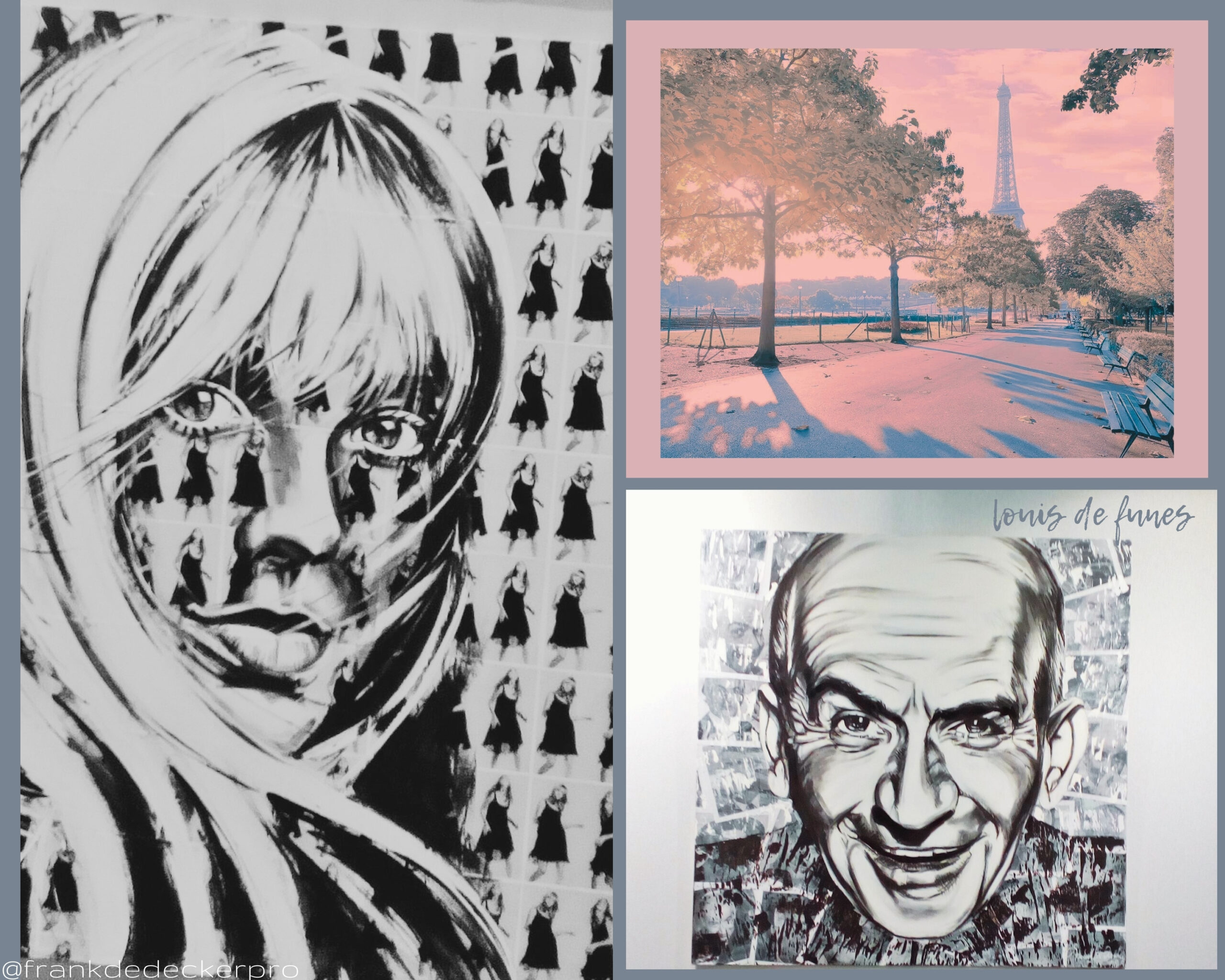 “What nonsense, auntie! There is always something to see and discover!” Marie said as she smiled, “We shall be going with you to our favorite theatre in Montmartre, and we will not care what film we will watch, let it be a surprise! No further discussion! After the fortune teller, we will go straight to Montmartre, although I promised myself not to go to this quarter, but I do not fear the past anymore. Now I just feel that all of it does not matter so much. This does not mean that I have forgotten everything. On the contrary! It’s just that something has changed in my perception, and my memories are no longer hurting me. They are somewhat painless, vague dream sequences; like an old diary, which I can look through from time to time if I want to.”

Marie felt comfortable with Edita. She could talk to her for hours and not feel bored; Edita’s voice and the smell of her Chanel 5 perfume did not changed over the years, all reminded Marie of her carefree Parisian youth. The women climbed a spacious circular stone staircase that led to the top floor. The door was ajar and they went into a large living room. Despite the day, the curtains were drawn; only a small floor lamp emitted light at the end of a long corridor. In the salon, oriental music played softly and in the center of the room there was a table full of candles, covered with purple velvet cloth, on which there were numerous wax stains. The whole place looked vintage and shabby; a deck of Tarot cards were laid out on the table.

Marie headed straight to the table and began to examine the cards. At that moment, a woman with dark hair and bright flowery clothes approached Edita to say hello. Marie spoke to the gypsy fortune teller, “ I just have had a déjà vu! I have seen you somewhere, for sure! Wait a moment…that’s right! You were in my dream! ” 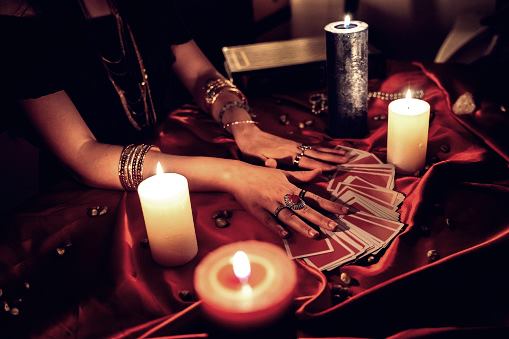 Marie was shocked by what was happening, she was sure that this gypsy woman was exactly the one in her visions, and aunt Edita was somewhat worried: “Can it really happen?! My dear Marie! With you, I always have incredible adventures!” The Gypsy gazed intently into the pretty face of Lancel, who stood by the large window and watched the street pigeon perched on the outer window cornice. The Gypsy said:  “Now go and take a card from that table, and I’ll tell you what you need to know.”

Marie heard this phrase in her head and was not sure exactly where the voice had come from; whether it was the voice of a woman fortune-teller, or just a mental call, like hypnosis. The actress, Marie, approached the table in the center of the room and drew out a card from a large deck. On the card of the major Arcana, The Lovers, were depicted by a naked man and woman, staring at a large angel above them. An angel sat on a cloud with arms crossed, multi-colored wings developing behind him.  ”Now get two more cards!” Fortune teller directed her order to Lancel without moving her eye lids. Marie did not try to resist and pulled out two more cards: “Okay, here you are!” The Gypsy looked at the cards for a minute, and continued to preach:

“The Third and Seventh Arcana mean that you have complete control over your destiny; you will be able to direct your life along the path you desire but only on one condition. You must connect the great energy of love, the secret center for everyone and everything, which is conventionally designated as “Omega”. Once you manage to free yourself from your habitual patterns of perception, you will meet true love. She will find you herself. It doesn’t take long to wait!” As soon as Marie was about to ask her question, the Gypsy began to chant in an incomprehensible language, and Edita, noticing the actress’s confusion, went up to her and whispered in her ear. “I told you that we have the right to only one question; she already answered you, now it’s time for us to leave.”

Leaving the building, Marie stopped for a moment and turned to her aunt, and with some confusion spoke: “Omega” is the center of love, a point of universal reference, an exhaustive abundance, in which external attributes lose their properties, dissolving in an unthinkable stream of pure vibrations of angelic beauty. How do I know all this?!” At that very moment, private detective, Mr. Lyndon, was getting prepared in the entrance. He was clearly in a hurry, and Edita instantly recognized him.

An extract from the book series Marie Lancel by Anna Bondareva