You step into the Road, and if you don’t keep your feet, there is no knowing where you might be swept off to.

Fairy tales like fireworks would rush in front of us in childhood, we were naïve and untroubled and knew how to catch dreams during the night. But we grow up and the world of dreams is slowly but surely exchanged for events, facts and responsibilities for “tomorrow”.  Life filled by bright unexpected happenings and the sharp feeling of the reality of every second becomes for us something unreachable and forgotten. Like a secret hidden behind the door of seven seals, a secret which can be unlocked by Lewis Carroll’s magical key of Alice. Mary Poppins’ umbrella can teach us how to fly but are we brave enough to unfurl it and take off, away from material needs, to gaze from above from the height of a bird’s flight at our grey everydays? Everything is possible on Christmas night. Cherished wishes come true – we just have to believe. How to become pure, how to trust your senses, how to let yourself go? How to allow the alchemic transfiguration of space, from the boring three-dimensional to the many-sided unknown universe where there is no place for frozen subjects or ideas and everything breathes with purple fluorescent ether? I especially chose Christmas day to plan my leaving Paris. I decided on the moving out date of 7 January on purpose, hoping for a miracle. The thought of packing instilled in me an outspoken horror, but on Christmas day your mood is generally supported by joyful humours. The years of my life in Paris had managed to become overgrown by neglected housekeeping. But I only began to realize how fully when I started to unload my wardrobes and shelves. For sure you’ll find something that will awake in you films of memories, good ones and not so. It could be some odd photograph you used as a bookmark, finding which on a certain page you begin quickly to read favorite passages. Inevitably you will plunge into that period to which the photo belongs, struggling to restore the motion of your thoughts at that time. A once-beloved dress has lost its color, the cut is no longer in fashion, and you feel how once your hands used to caress its soft silken texture. Maybe it was a fear of all of that, like the memory of a sea-sickness, which pushed me away from the inevitable act. As if I was waiting for someone to come, an unknown friend who would squeeze through the keyhole to rescue me. 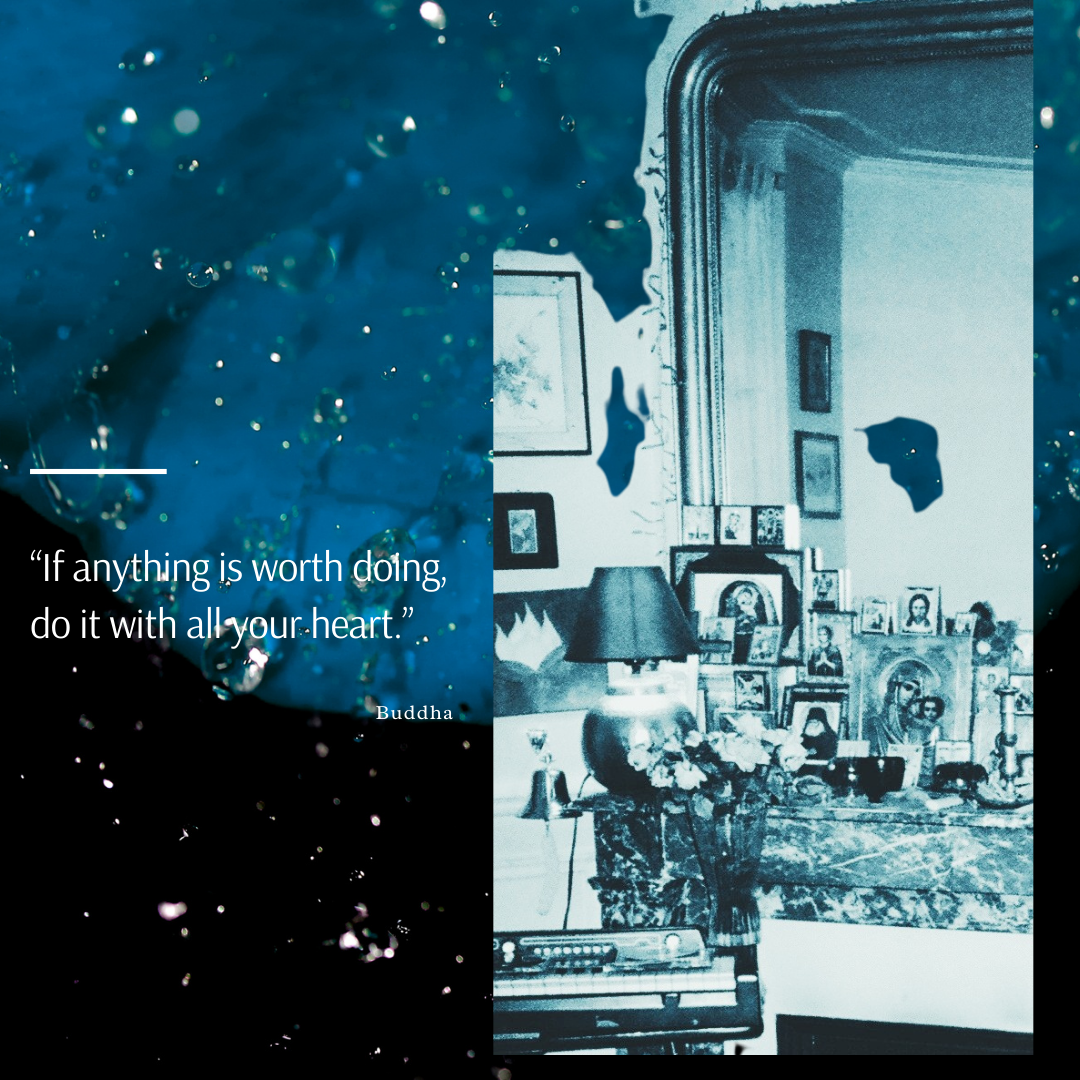 The night before the moving out I was invited for a dinner. I perfectly knew that the evening might stretch to certain extend but somehow hoped to get back home early enough and stay able to pack. Naïve suppositions did not reach their successful resolution and next morning I was awake by the door bell. That was a driver of the van and workers whom I‘ve hired to move my things to London. They’ve sized the situation with the experienced eye and proposed to me to come back later when things will be ready to take down the small tinny stairs of the 18th century building. My God!! I did not know from where to begin! I was walking around the apartment as in enchanted labyrinth without knowing what to do and looking with a condemnation at my reflection in the antique mirror which used to be hanged above the fireplace in the living room. It was an absolute necessity to concentrate and star packing. I could feel a hung over from last night champagne and wanted to rinse away the tobacco smoke which has penetrated through out skin during the party.  Telephone rang and it was my friend who wished to deliver her Christmas greetings. I lit up the candle in front of the icon of Virgin Mary and the place felt slightly cozier. “Hot shower!” For a minute I could not figure out whether I really heard something or it’s just my own thought was loudly banging in my head as a bell ringing somewhere around my boozy temples. Whilst standing under the stream of warm water I was singing some jazz motive not remembering the lyrics only improvising with the melody. After I dried myself with big soft towel I could hear some strange sounds and rustlings behind the door of the bathroom. Sudden crackle and a sound of a broken glass left me unaware. Who is up to mischief there?! I turned around sharply and accidently brushed away with my towel all the little bottles of perfume from the sink. Thick smell immediately took possession of the air. I picked up bottles from the floor. All of them remained intact except the small “Boudoir” from Vivienne Westwood. I was this particular aroma that occupied the whole atmosphere. As an opium intoxicant absorbs the consciousness of everyone who touches the unknown my fear mixed up with the curiosity was allowed into hallucination effect.

I stepped in the hall way to slide on my tip- toe to the bedroom in order to put my dressing gown. I made a deep breath and entered the living room. To my huge surprise a saw on the floor the broken pieces of the crystal candle holder. How could such a heavy thing jumped from the chimney straight to the middle of the room?! At same rhythm with my thought I heard some obscure laughter. What‘s going on?! A pink marble cat which in its common way represents an elegant statue smiled to me from the sideboard. I rushed to wipe my eyes but that cat continued to smirk. I picked up the statue and the cat opened eyes widely then screwed them up again and rumbled friendly. “I am going crazy”, – I thought. “No, it isn’t so! We love you and will help you to get ready”, – I heard as an answer to my manifest. Laughter became louder and little and tiny cat faces surrounded me as a maelstrom and lifted me up above the parquet and moved closer to the mirror. Door to the bedroom remained opened and in the mirror over the fireplace one could see the reflection of the mirror from the bedroom closet and in its turn you could see the reflection of the mirror which was placed above the chest of drawers in the mirror of the closet. So in this way all mirrors in the apartment reflected each other. 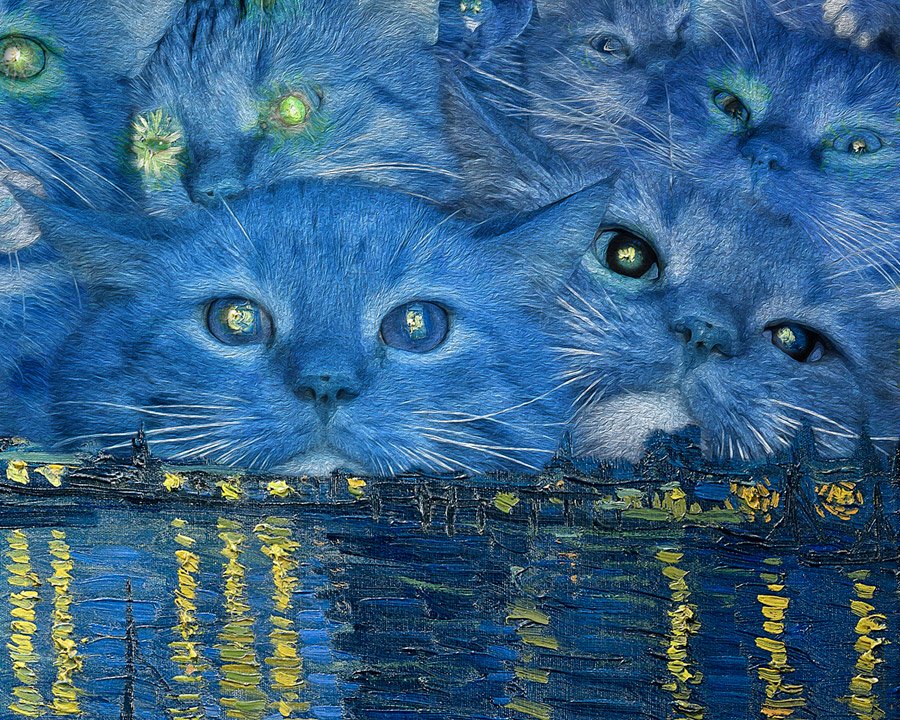 I leaned with my forehead against the cold frame and it seemed that I had gained some equilibrium from the refreshing feeling. But a heavy cloud hanged down in front of my eyes. Here and there a cat eye flashed with an emerald glow. Unpleasant lump inside of the throat was causing a terrible vertigo and my reflection in the mirror multiplied in to a tenth of hundreds of little images. Next it was dark…From pain I regain consciousness. My left hip was cutting into the icy surface. Eye lids felt hard as if they were covered with wax. I tried to get up but immediately felt right back hearting myself against the ice I stretched as a child. I slightly cried from a sudden pain and shroud that forged my eyes was melted by war tears. I gladdened my new capacity to see like some miracle and took a risk to stand up again. Emptiness was everywhere just the lightning was not as a white-yellow daylight but  had a blue-green shade.  “He….e..e..y!”  A many layered echo replied with a triplet,-“Go ahead, and don’t be scared!!” Somewhere faraway I could see the mirror from the fireplace. I rushed to it carefully as if i was coming to an old friend. I was moving forward on ice with the little steps. As I was emerging my aim I felt easiness and flow in my body. Mirror as a magnet was pulling me clutching right at solar plexus. My breathing quickened when a stunning picture spread in front of me. On another shore of the mirror I could see my Parisian flat in Montmartre where another “me” is peacefully putting the scotch tape around c perfectly packed carton boxes. What is it? A dream?! Without knowing what’s going on I continued to follow the moves of my other self in the mirror. The door bell rang. “Me” went to open the door. I saw a mother-of-pearl spiral which impetuously grew from the very central point of the mirror. I grabbed it with all remaining force and somehow found myself back to coach in the living room. Workers where taking down the last box. I’ve asked them: “ And what about the mirror? Where is it?”,  “Everything is safely packed into the van, mademoiselle!”, – they said.  This notification left me in inaccessible frustration. I rolled a marble cat into the Scottish mini-pled and decided to take it with me on my ‘Euro star’ train journey in the tunnel under the English Channel.